“Mia cara feverishly repeats phrases of subtraction from the gaze: “stop looking at me”, “I don’t want to see you anymore”. Two voices chase each other and converge, crossing the room claiming space between opacity and invisibility. The litany repeats itself, accelerates and slows down, invokes the refusal to be made an image. A collectivity of voices alone perhaps claims the autonomous production of its own identity, in a perpetual dance between visualization and oblivion”.

Extract from the text by Bernardo Follini 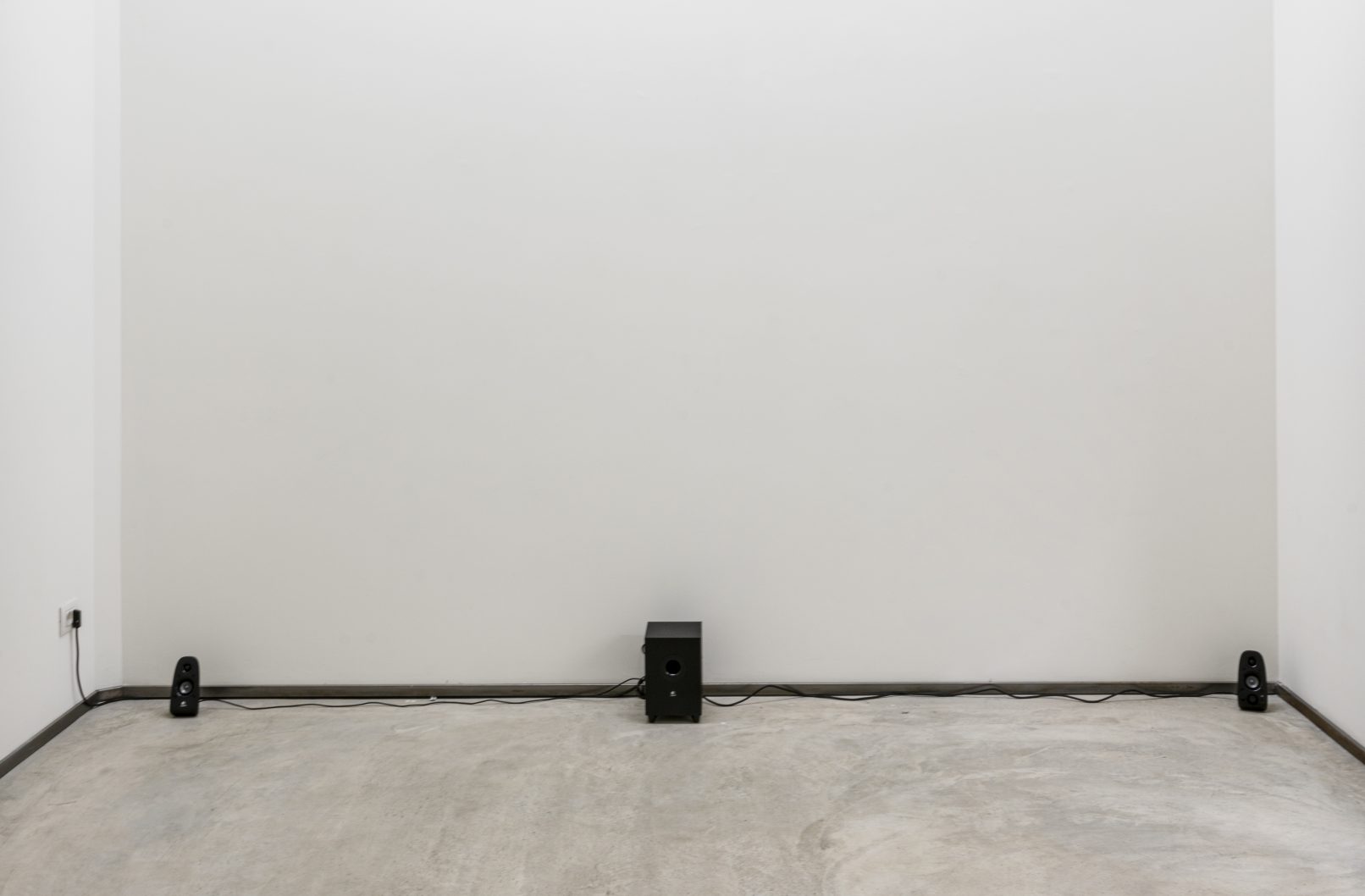