Non sarai mai solo (You will never be alone) investigates the idea of ​​community and faith, solidarity and inclusion, among the members of a group linked by a shared system of beliefs. At the opening of the solo show, some songs from the Livorno Calcio supporters were interpreted by a professional choir, in a performance that accentuates harmony and reiterated in a literal way the choral entity of the football faith, and of faiths in general.
After the opening the work became an audio installation, audible in headphones by one person at a time, sitting on a single stadium seat. When exhibited on other occasions, the work takes the shape of a scattered audio piece, underlying its choral and aural aspects. 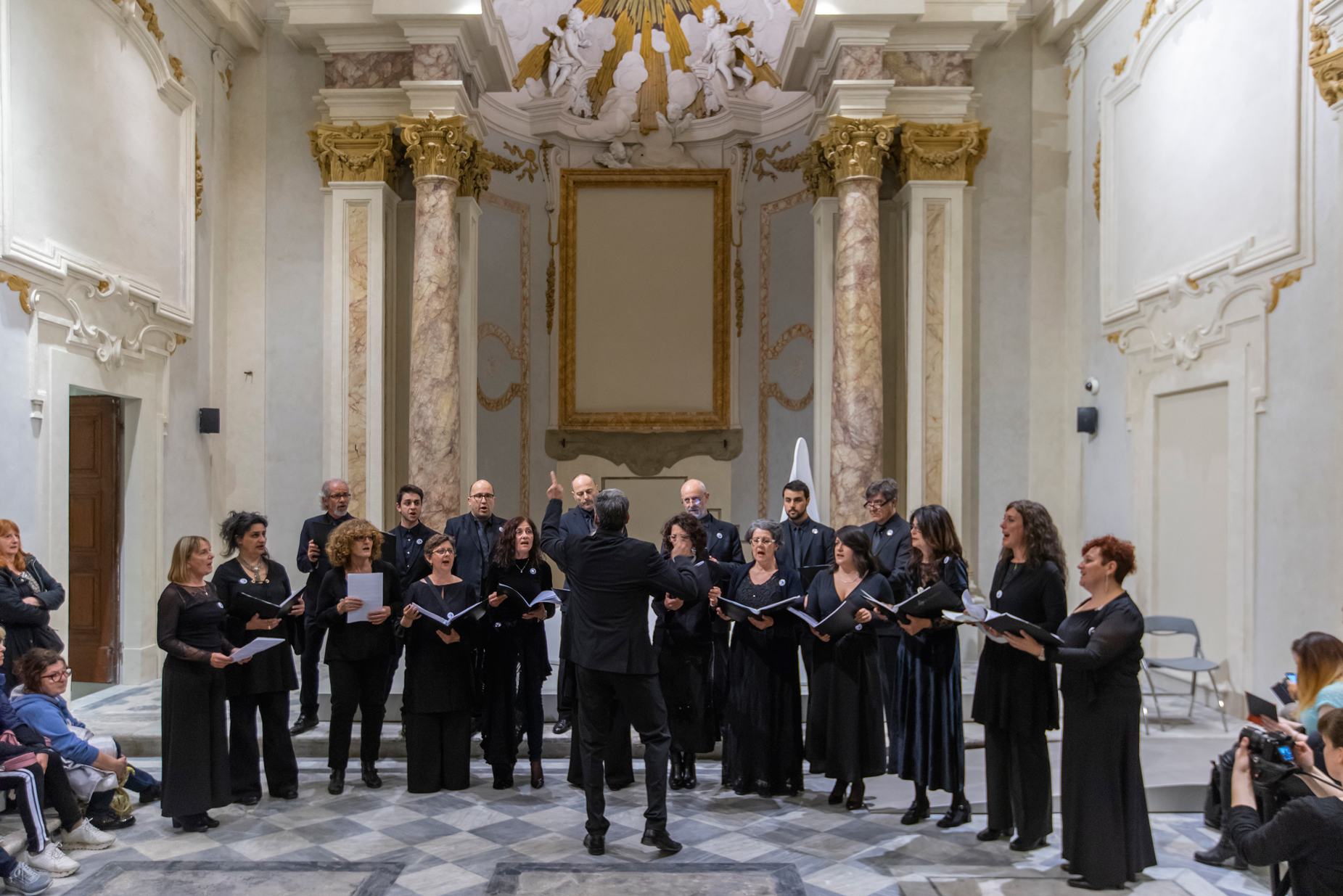 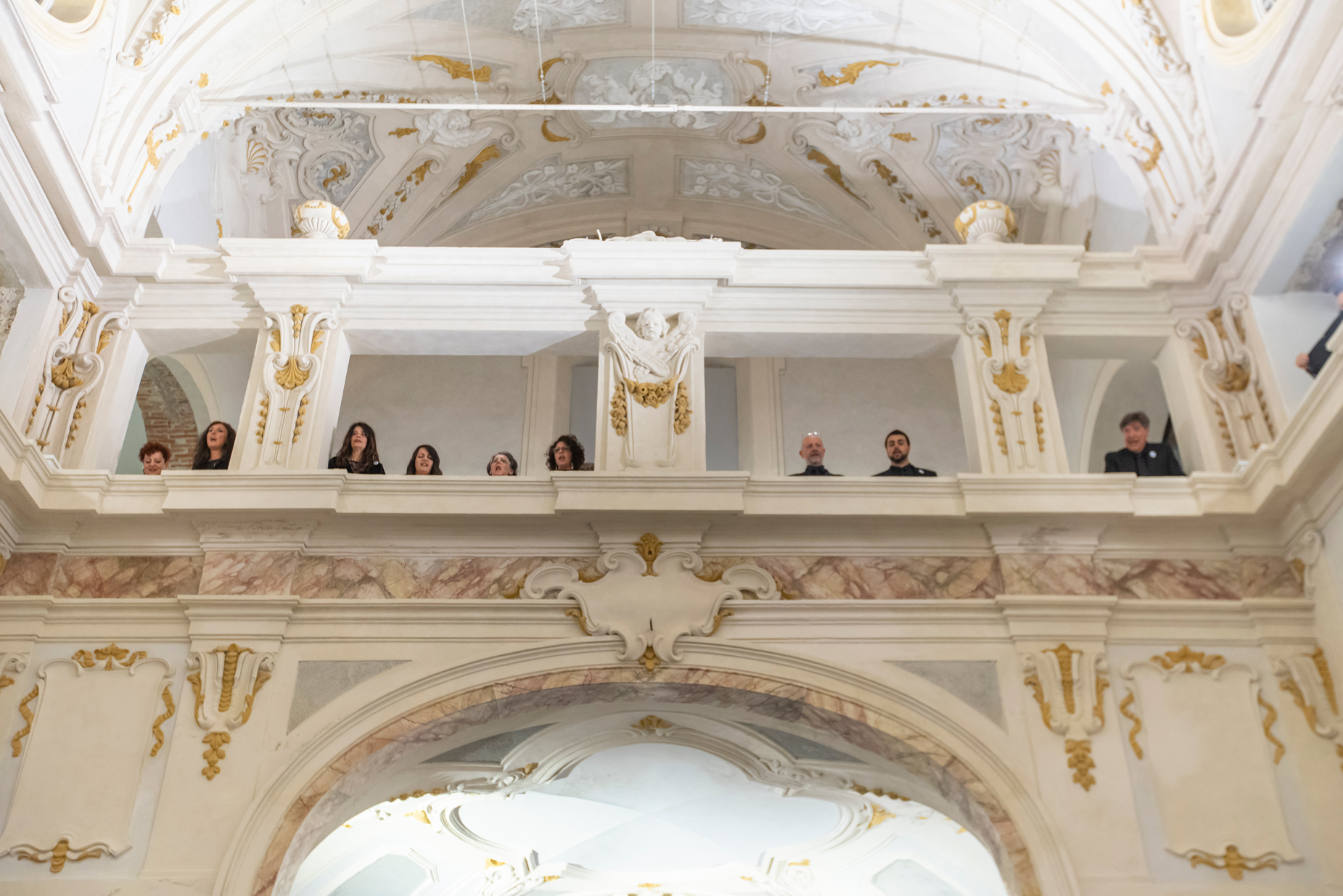 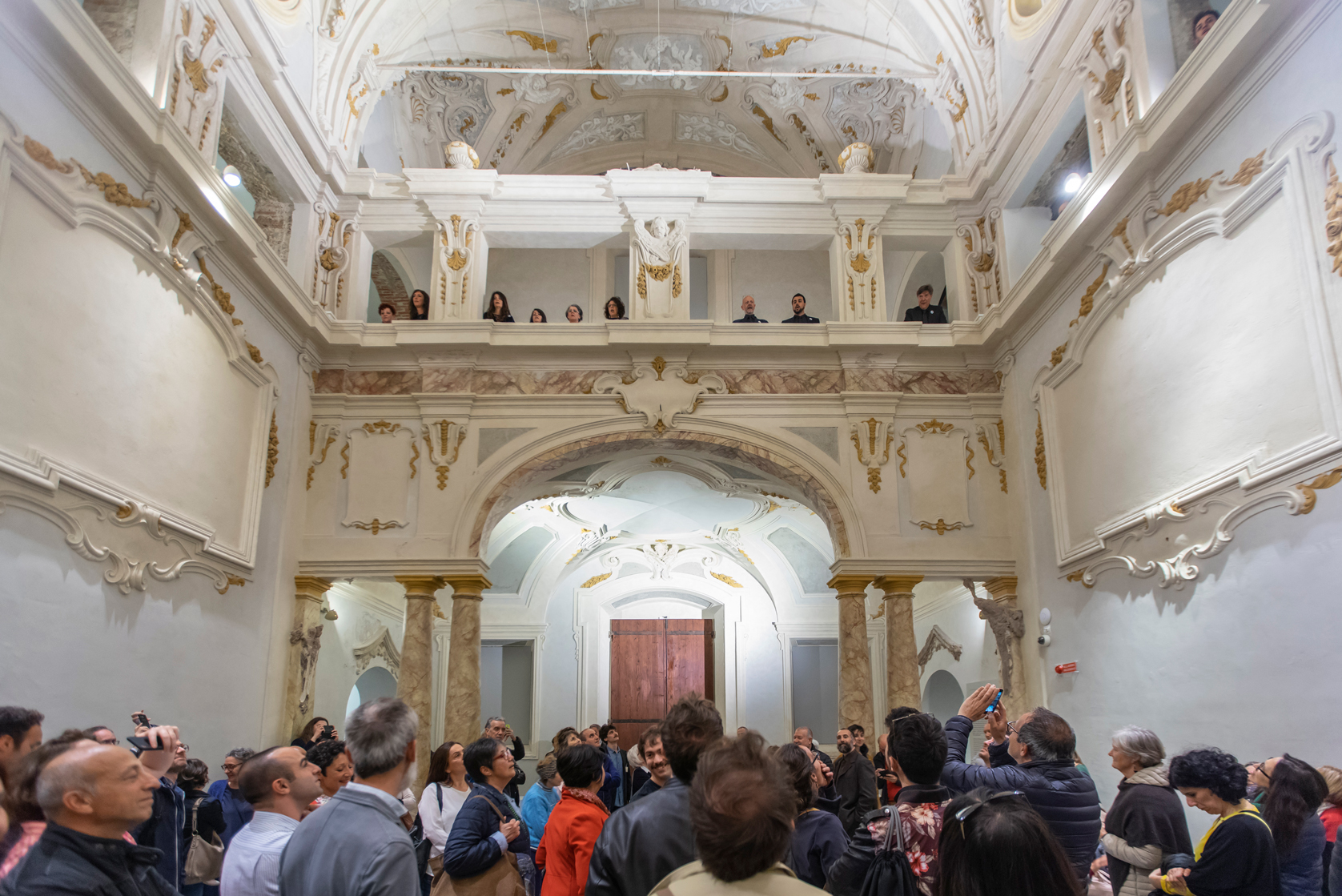 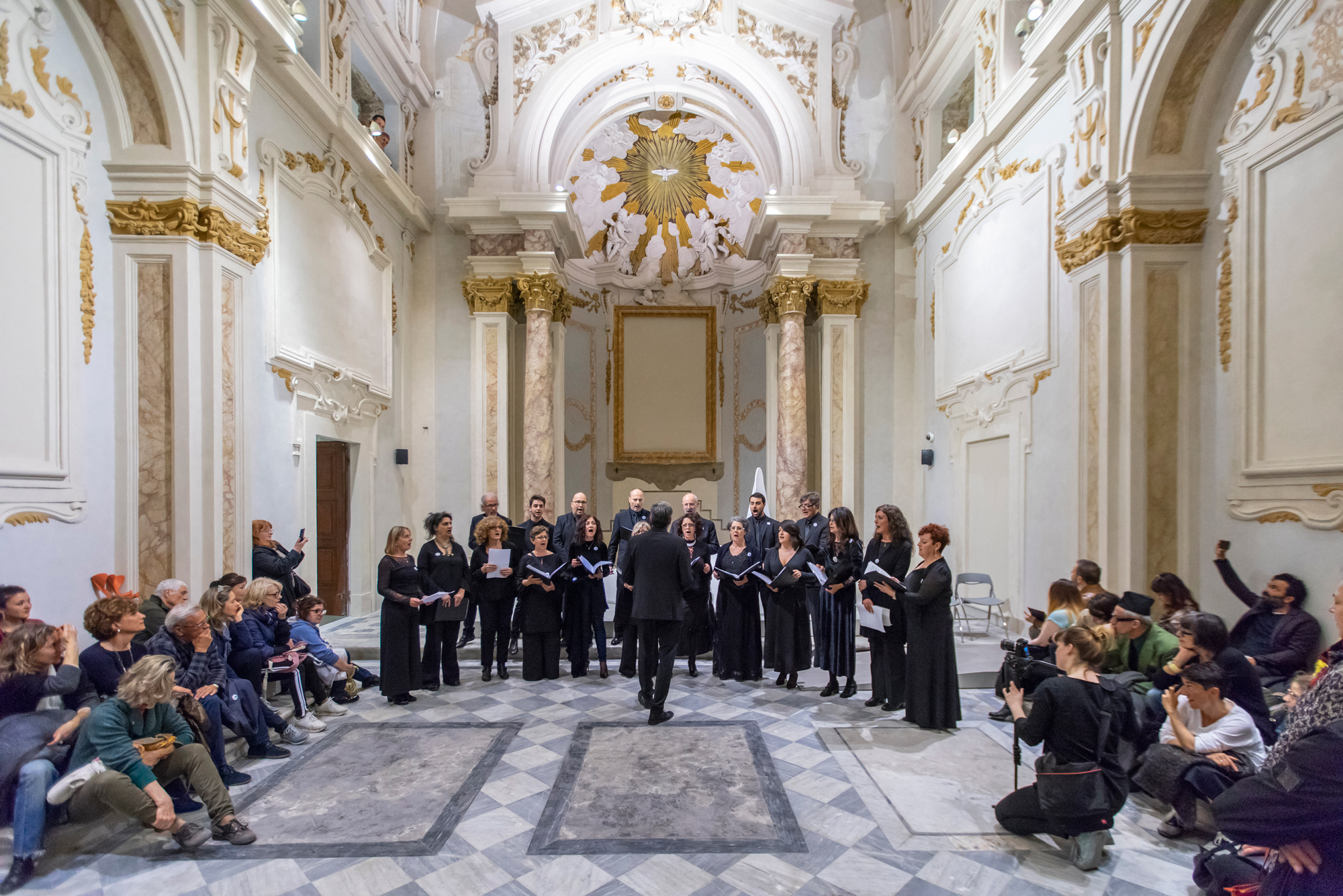