A voice interrogates a silent suspect, which observers are forced to personify as soon as they put on the headphones. The voice wavers between a police interrogation and a BDSM scene, blurring the boundaries between consensual play and abuse. Listeners see their own reflection in a mirror inside the suspended cone.
The other end of the cone functions as a peephole: by peering inside, it is possible to watch the listener at the opposite end, without being seen. The mirror is a spy mirror, a voyeuristic device with which to impose one’s gaze on someone else, but also a window in which to exhibit oneself and seduce.

Please use earphones or headphones 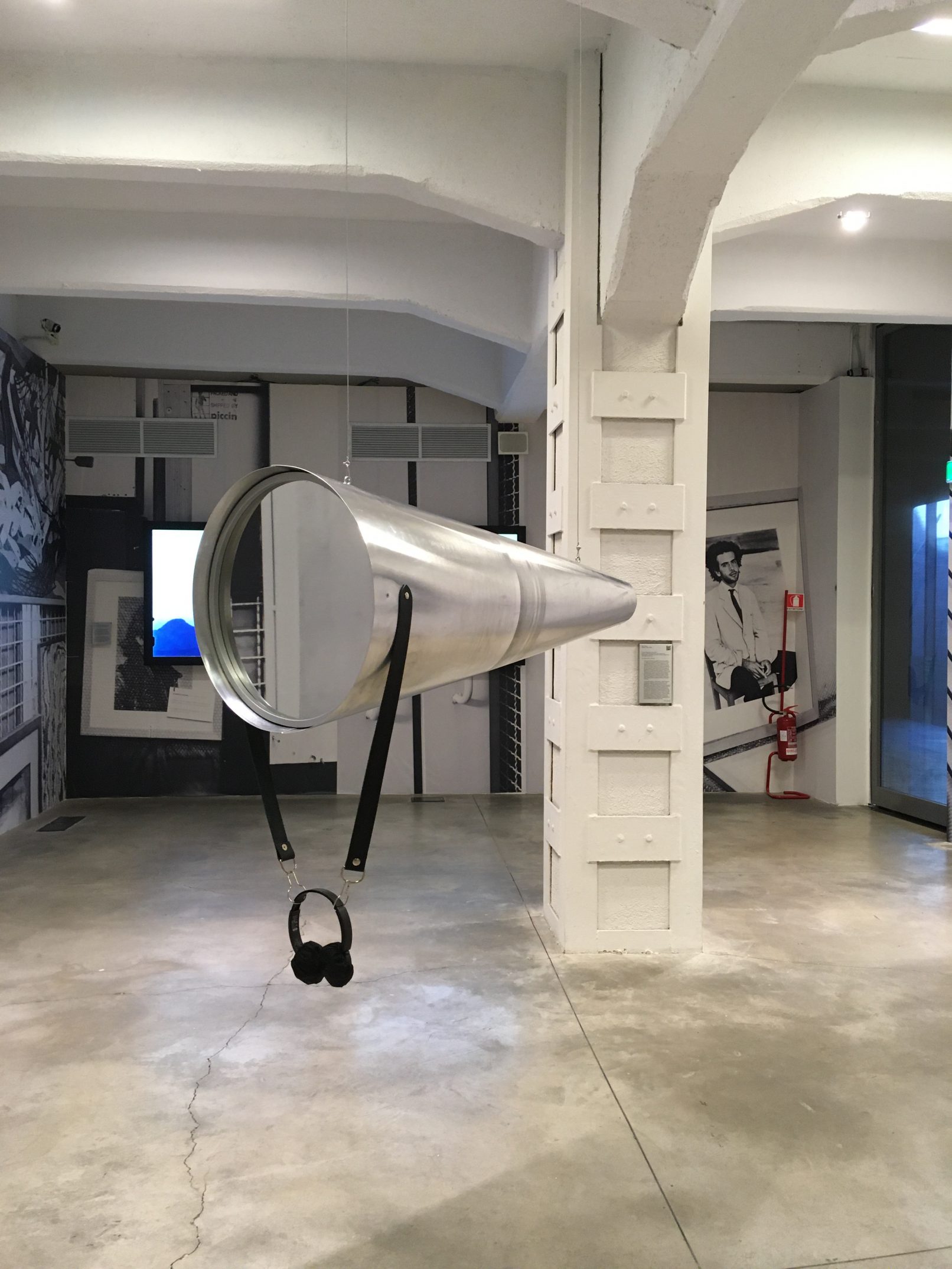 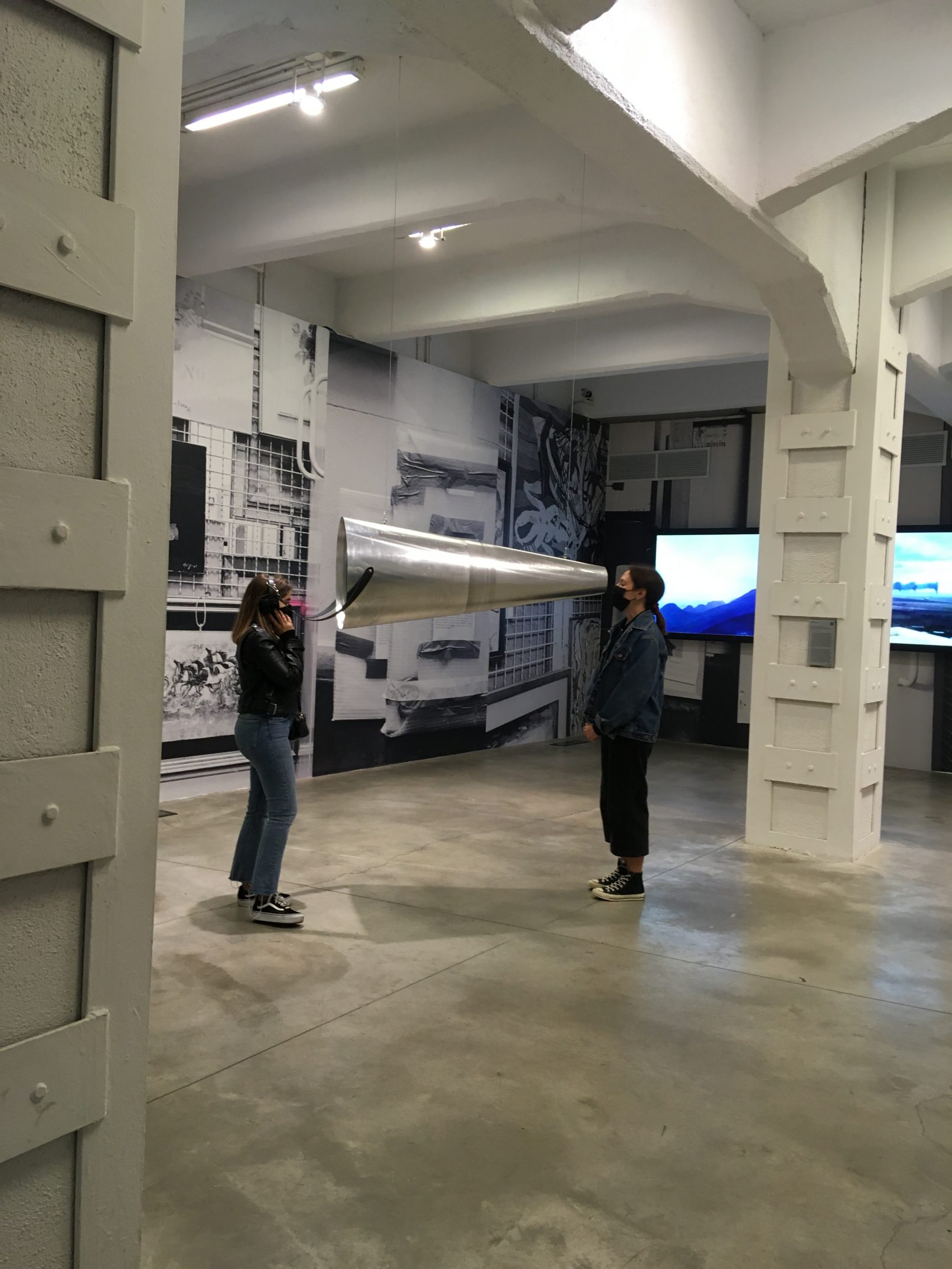 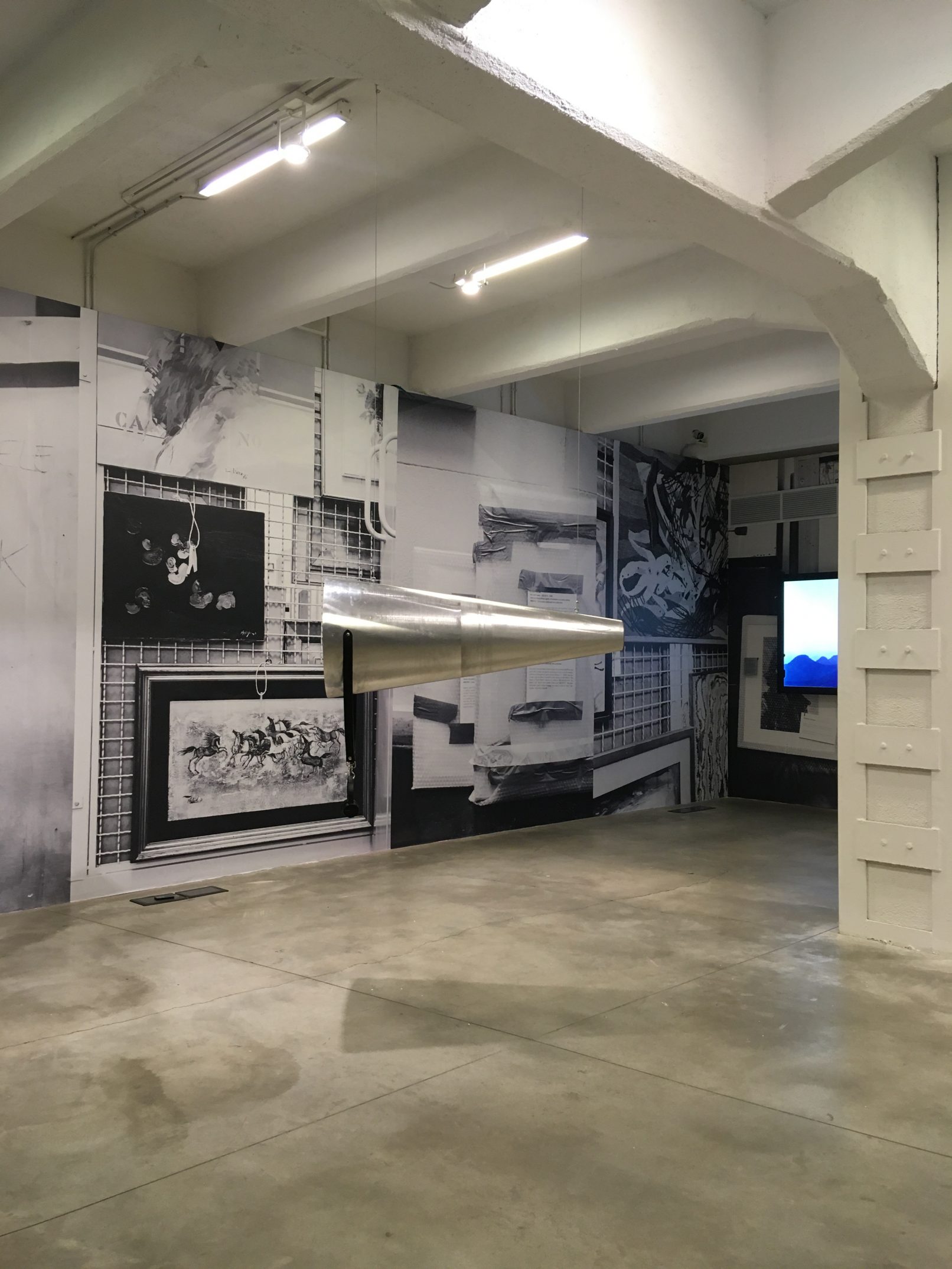 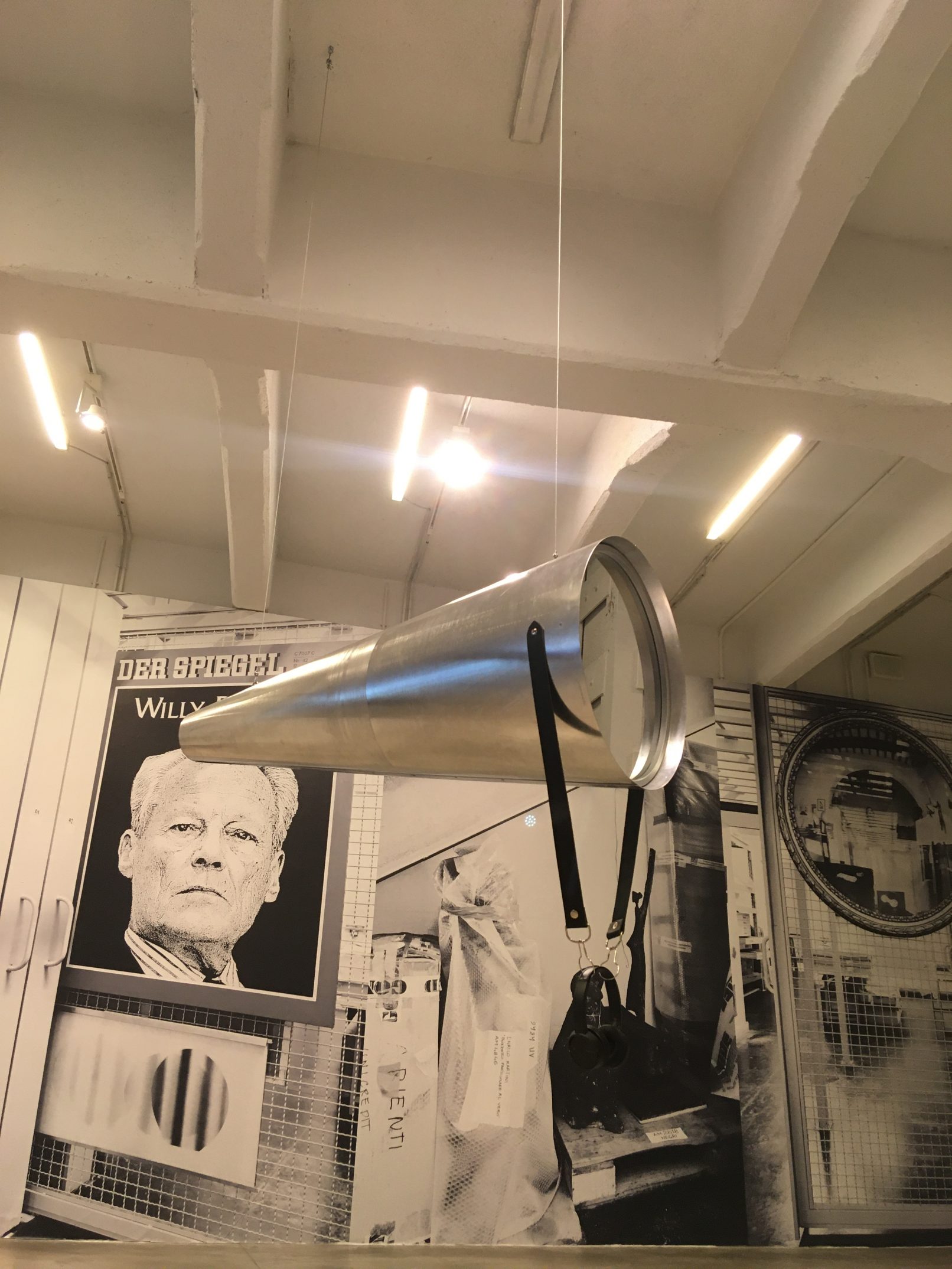 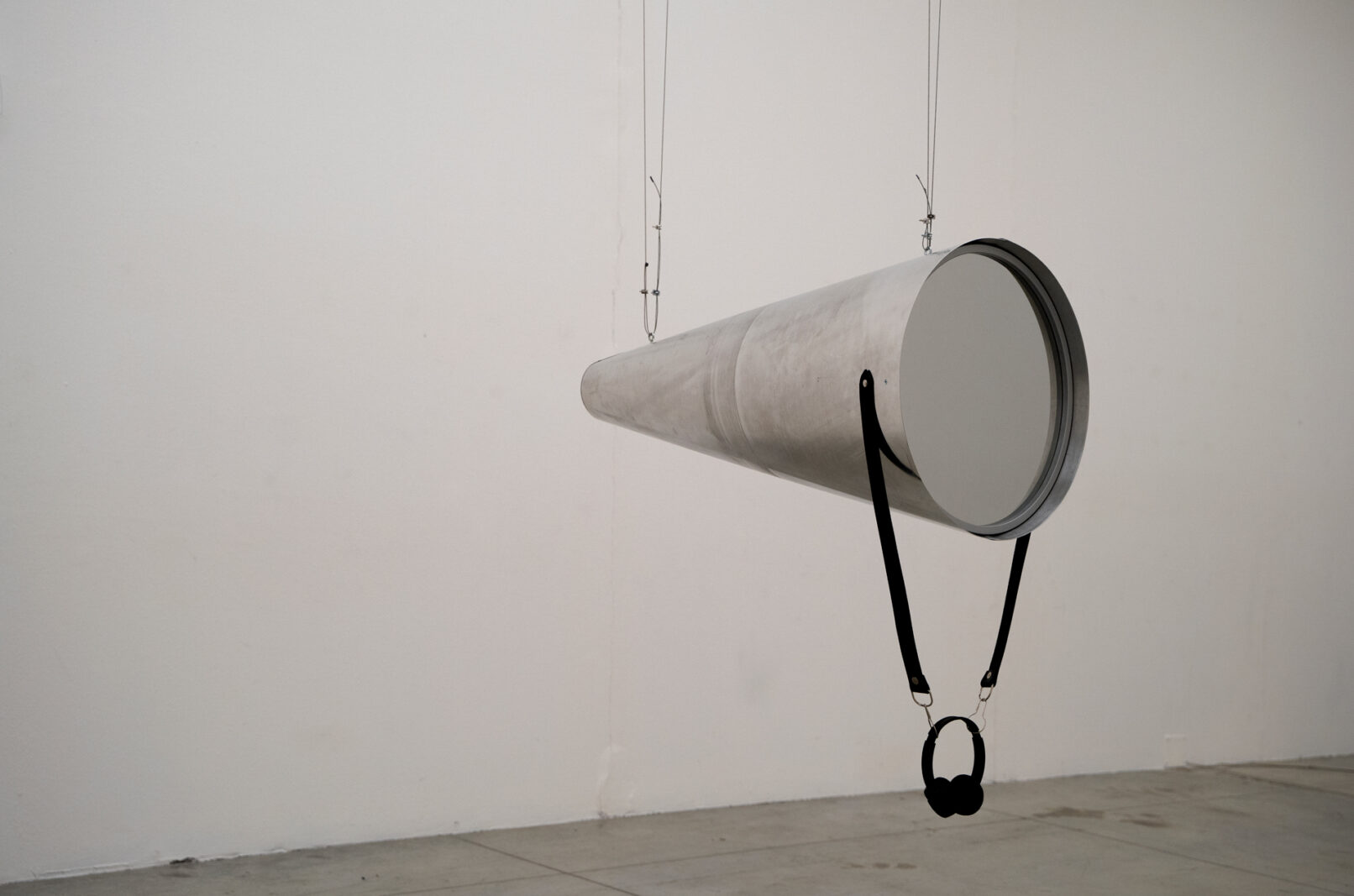 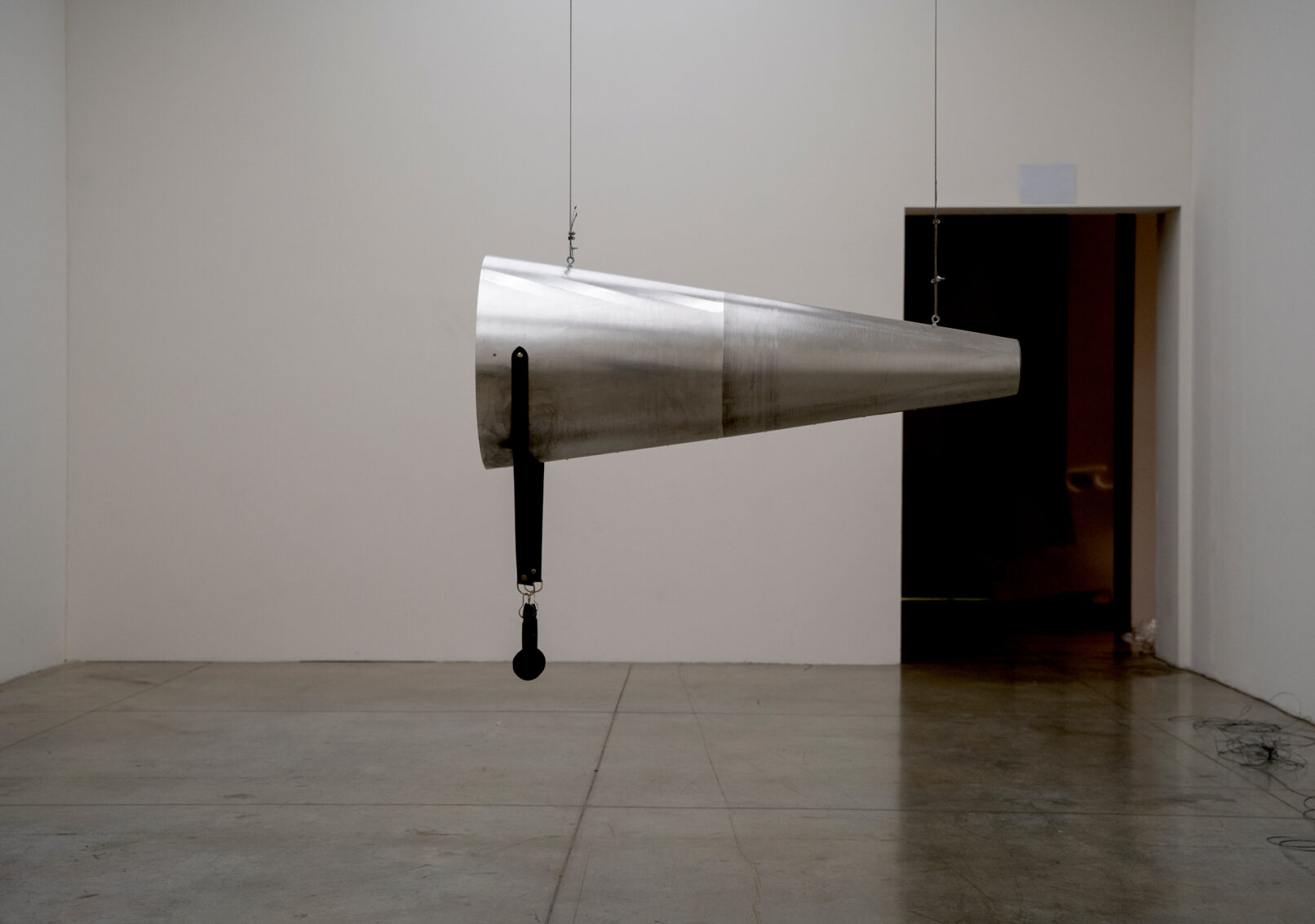 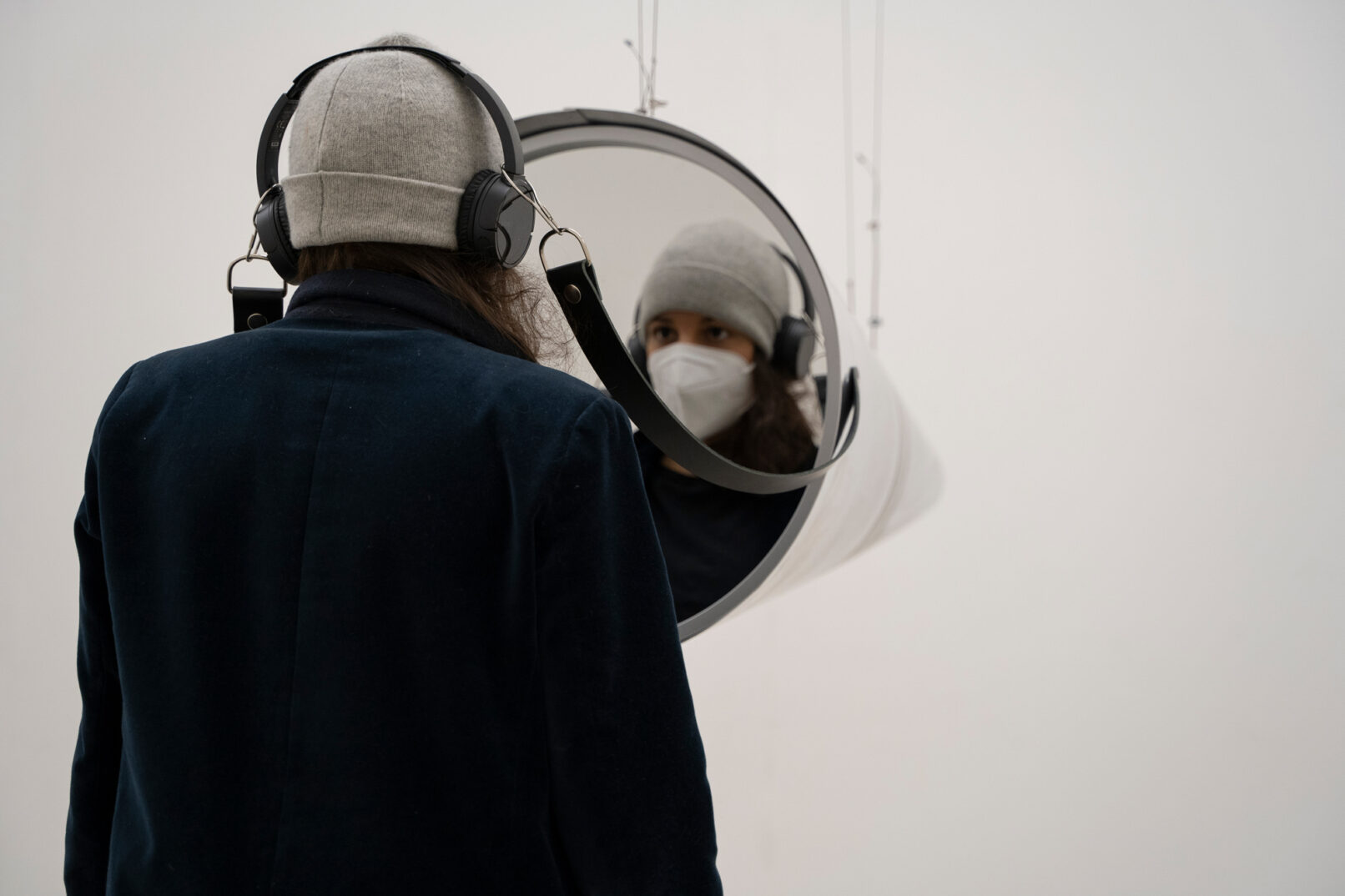